Visit of Her Imperial Highness Princess Takamado to Canada

***THIS LECTURE IS NOW AT FULL CAPACITY AND IS NO LONGER ACCEPTING REGISTRATIONS FOR MEMBERS OF THE PUBLIC
MEMBERS OF THE PRESS interested in attending/covering the event can contact: ptjc@ualberta.ca for details. 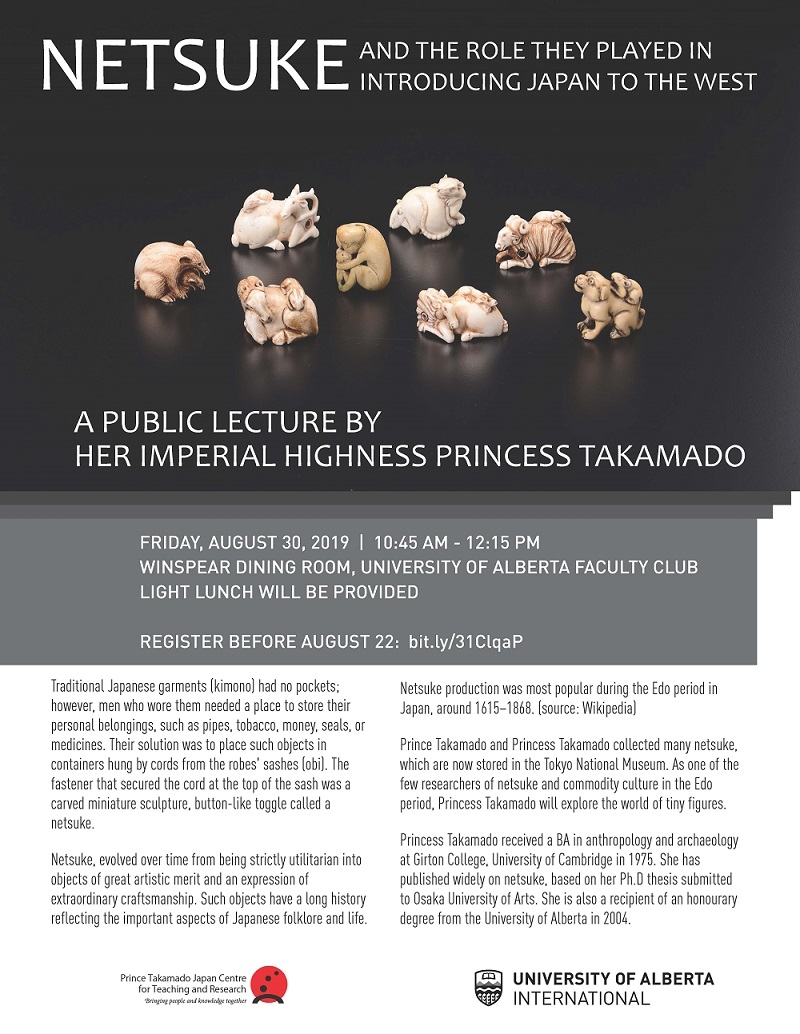